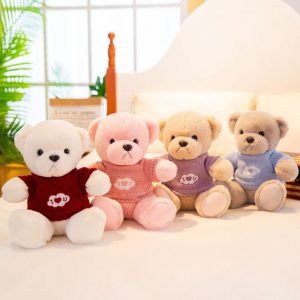 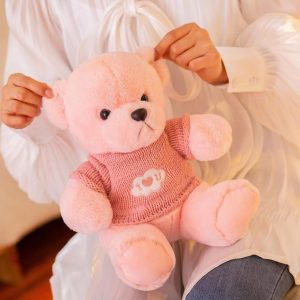 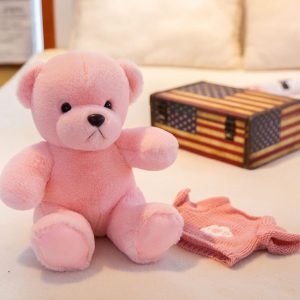 Material: short plush
Fill: PP cotton
Size: 25cm, 30cm, 35cm
Color: pink, white, gray, brown
Skin-friendly and delicate plush material, dense and soft, not easy to lose hair. Big and stylish eyes, three-dimensional shaped nose, make a different teddy bear. The sweater is soft and non-static, and it is not easy to fade, so you can rest assured that your baby is playing.