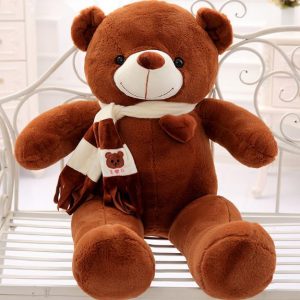 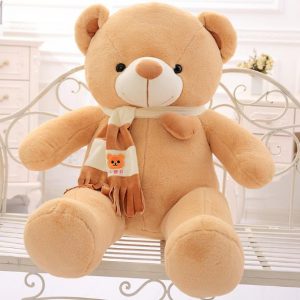 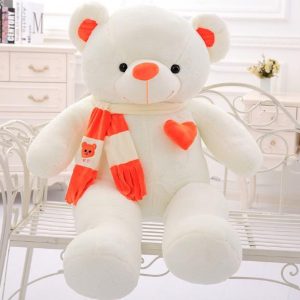 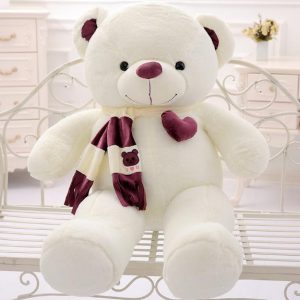 Material: short plush
Fill: PP cotton
Size: 80cm, 100cm, 120cm, 140cm
Color: white, dark brown, light brown
The toys are fresh in shape, the colorful scarves add extra points to the shape, and the love design adds fun. Exquisite workmanship, three-dimensional shape, perfect to show the image of a cute bear. The inside of the toy is filled with plump cotton, which is pinched and full.