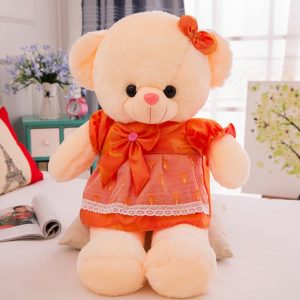 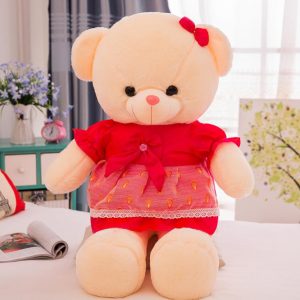 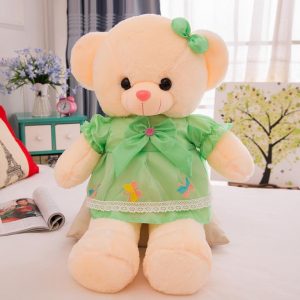 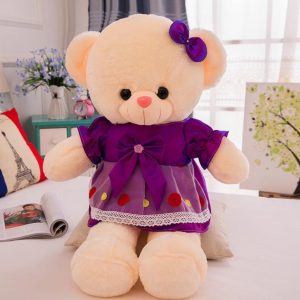 Material: short plush
Fill: PP cotton
Color: beige
Size: 60cm, 80cm, 100cm
Made of high-quality materials, the eyes are crystal clear and bright. A variety of skirt style choices, skirts are detachable. The inner PP cotton is filled, the shape is full, and the image is vivid and three-dimensional. The sound of the toy is smooth, and the smiling expression can make people feel happy. The thick and lovely image is deeply loved by people, and the choice of holiday gifts and confession gifts.