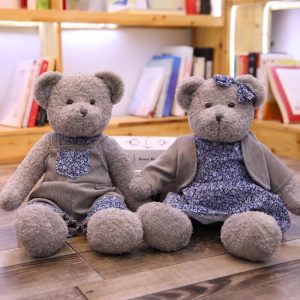 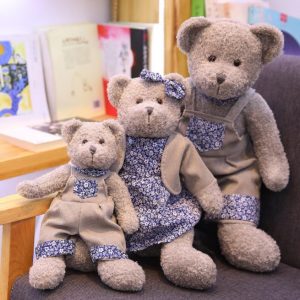 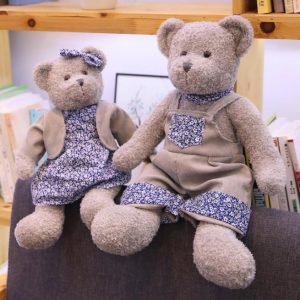 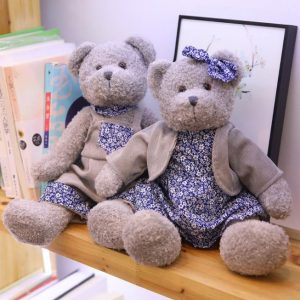 Material: plush
Fill: PP cotton
Size: 30cm, 40cm, 50cm
Color: grey
The little bear has a cute little expression, cute and charming. The delicate clothes are decorated, the floral prints are dyed, and the lines are fine. The bears are full of cuteness. The inside of the toy is filled with PP cotton, which is soft and fluffy and is not easy to collapse. The exterior of the toy is made of high-quality plush material, which feels comfortable and is not easy to lose hair.