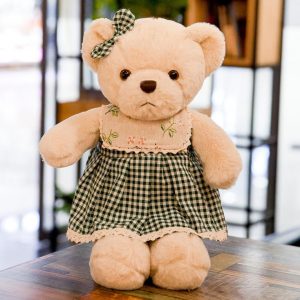 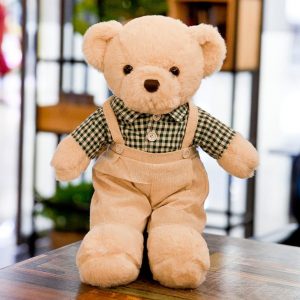 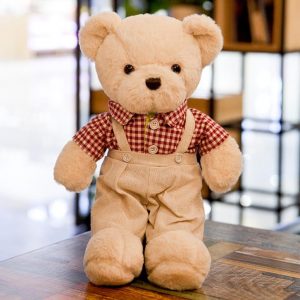 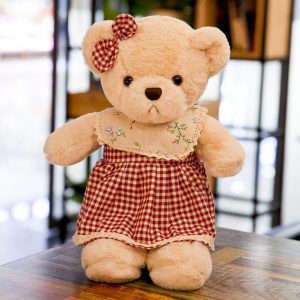 Material: short plush
Fill: PP cotton
Size: 40cm
Style: strap pants, skirt models
Workmanship and facial facial features are exquisite and realistic. The stitches are fine, the sewing technique is fine, and the stitching is firm. Colorblock lace plaid skirt, stylish retro. The inside is filled with high-quality PP cotton, which is full and does not collapse.