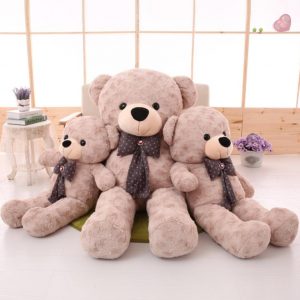 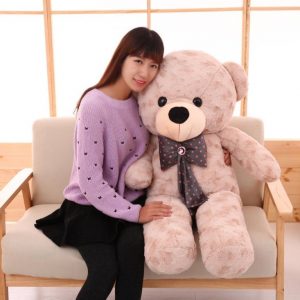 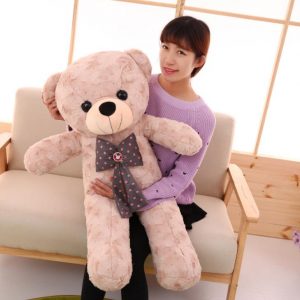 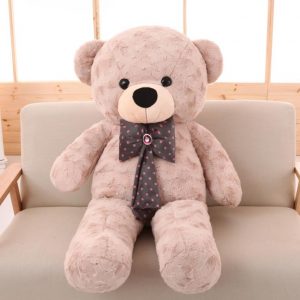 Fabric: rose velvet
Fill: PP cotton
Size: 70cm, 100cm, 120cm, 140cm, 160cm
The teddy bear’s face and eyes are made of high-quality polished PVC material, which is as if it will communicate with people. A large polka-dot bow with jewel buttons and fine workmanship is very cute. The fabric is made of imported South Korean plush and feels very comfortable. The interior is filled with PP cotton, which is healthy, safe and full of image.