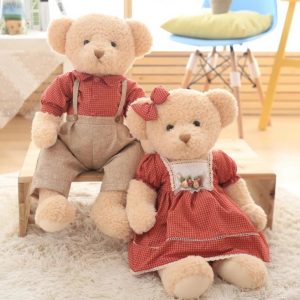 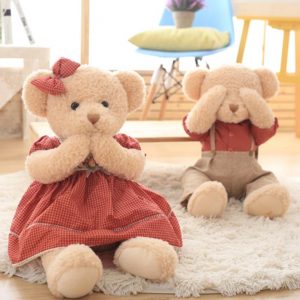 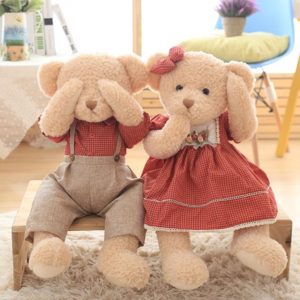 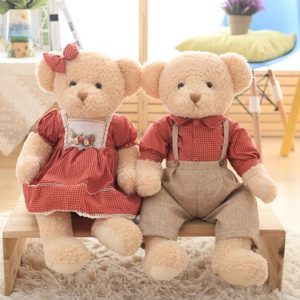 Material: short plush
Fill: PP cotton
Size: 45cm, 65cm
Style: skirt female models, bib men
Color: brown
The bears use three-dimensional stitching to make the product look round and sleek. The delicate flower decoration on the chest makes the bear look like a grade. The unique costume design makes this bear special. All parts of the product are stitched together, which is fine and delicate, and it is not easy to damage after a long time of play.