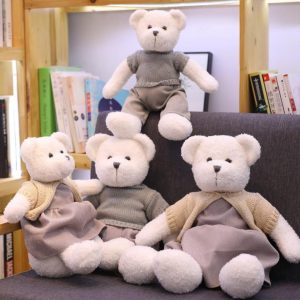 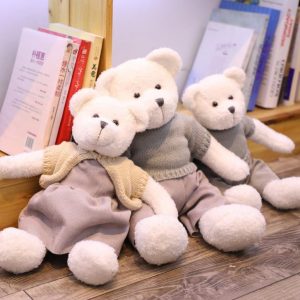 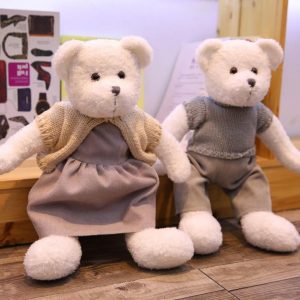 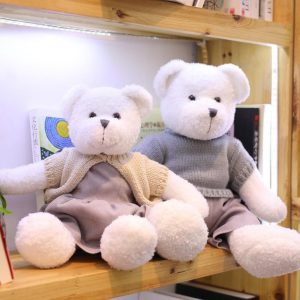 Material: South Korean cashmere
Fill: PP cotton
Size: 40cm, 50cm
Color: White
The classic teddy bear face design is soft and cute. Exquisite sweater, tightly lined, good quality, not easy to get off the line. The parts of the toy are filled with fullness, not afraid of squeezing, and are not easily deformed.