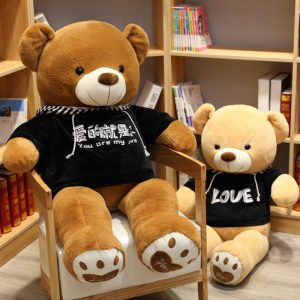 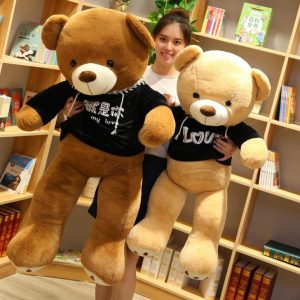 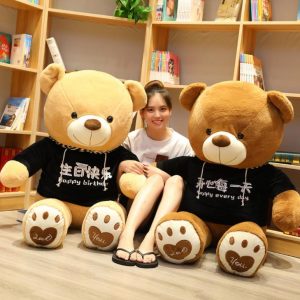 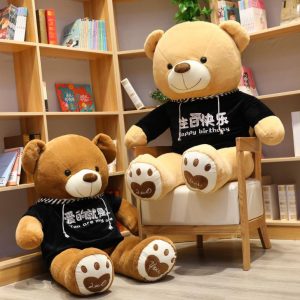 Material: plush
Fill: PP cotton
Size: 100cm, 120cm, 140cm, 160cm, 180cm, 200cm
Color: light brown, dark brown
Comfortable fabrics, delicate skin, soft and comfortable, vivid facial features, let people put it down. The parts of the toy are filled with fullness, not afraid of squeezing, and the wiring is tight, and it is not easy to produce cotton. The high-definition printing process on the clothes has a clear pattern and is not easy to fade.