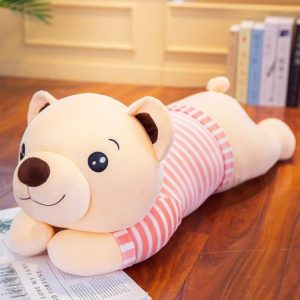 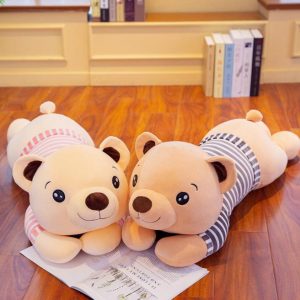 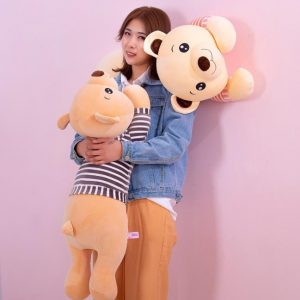 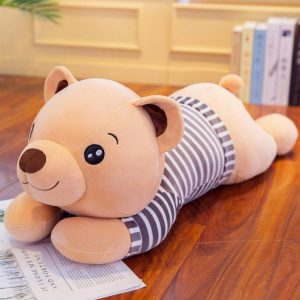 Material: four sides
Fill: Down full
Size: 50cm, 70cm, 90cm, 110cm
Color: pink, blue
Four sides stretch fabric, delicate and soft feel, no hair loss, pull resistance, easy rebound, no deformation. Down-filled cotton is full of elasticity, fluffy and full, resistant to compression, not deformed, and of good quality. The toy’s lying position is cute and can be used as both a pillow and a cushion.