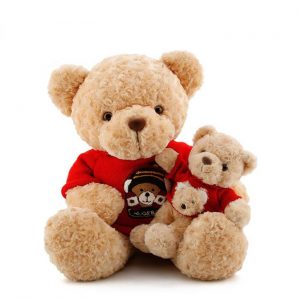 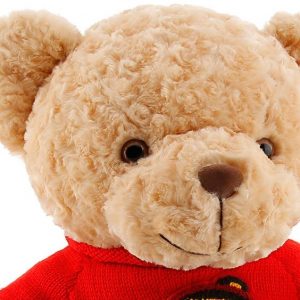 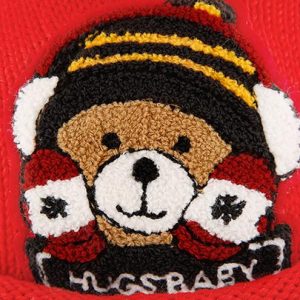 Material: soft velvet fabric
Fill: PP cotton
Size: 45cm, 55cm, 65cm, 80cm
Color: brown, cream
Rose velvet fabric is preferred, which has a soft and smooth feel and is safe and healthy without hair loss. Each expression part and decoration of the bear is carefully sewn and installed by hand, and the expression is more delicate and beautiful. Simulation of flocking nose + suture mouth, the installation is firm and firm. Sweaters are finely woven with natural cotton wool, which is easy to put on and take off without effort. The chest is equipped with a cute towel embroidered with a bear pattern, which are all hand-stitched and very cute.