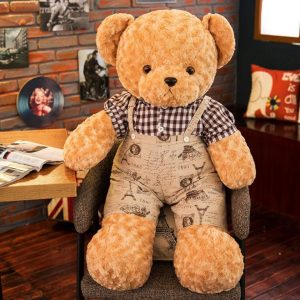 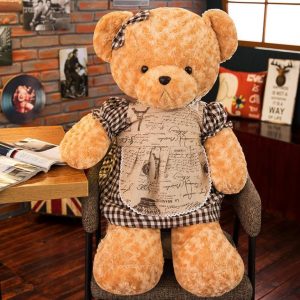 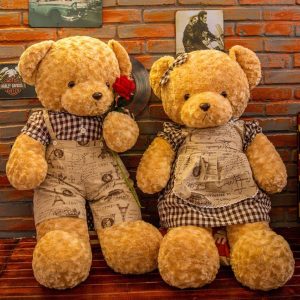 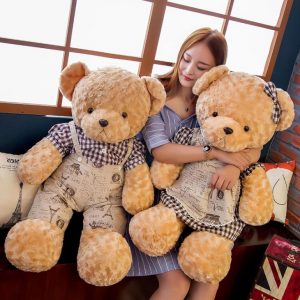 Material: rose velvet
Fill: PP cotton
Size: 60cm, 80cm, 100cm
Style: bib male, skirt female
PP cotton filled, full of filling, elastic, not easy to deform. Cute eyes, with vivid expressions, sprout your girl’s heart. The fabric is preferably used as a garment, and the hand feels delicate and skin-friendly, and the color is retro and romantic. The workmanship is three-dimensional and exquisite, and every detail is detailed. The bow is matched, vivid and cute.