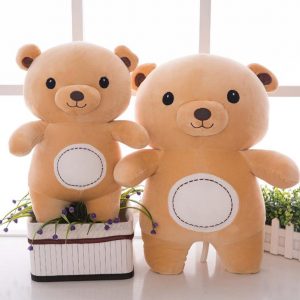 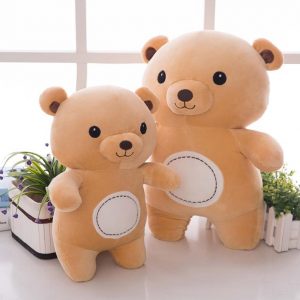 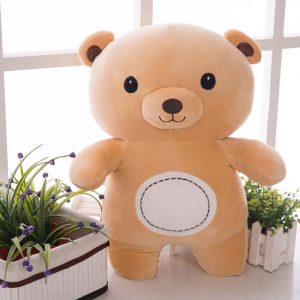 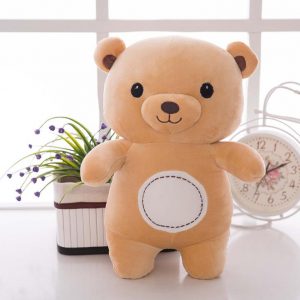 Material: Super soft short plush
Fill: PP cotton
Size: 40cm, 50cm, 60cm
Color: brown
The facial expressions of the toys are realistic and the images are flattering and cute. The same white fabric stitching on the belly makes the bears more unique. The toy fabric is soft and comfortable, and has good elasticity. It can be restored to the original no matter how it is kneaded. There is no need to worry about hair loss and color loss, and it is healthy and safe.