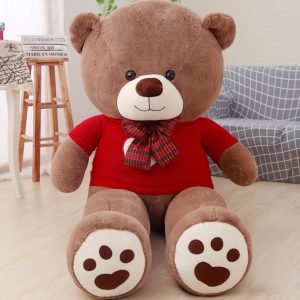 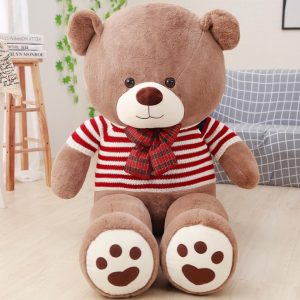 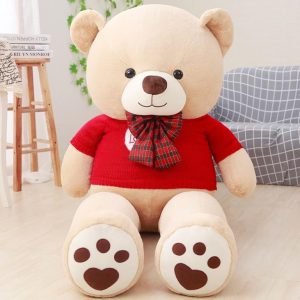 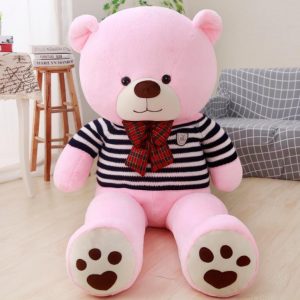 Material: plush fabric
Fill: PP cotton
Size: 160cm
Color: coffee color, light brown, pink, white
The oversized design gives the most intimate companionship. External soft fabric, comfortable and supple, no lint, no fading. The back of the toy has a zipper design, which can intuitively feel the internal filling material, which is health, safety and peace of mind. Sweaters are available in a variety of styles to suit more people.