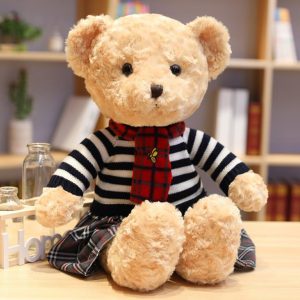 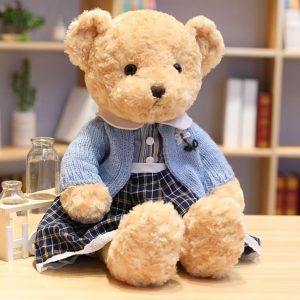 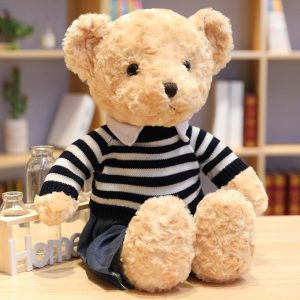 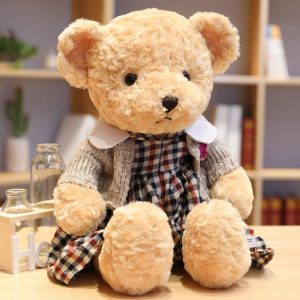 Material: high quality rose velvet
Fill: PP cotton
Size: 55cm
Color: light brown
Made from high-quality rose velvet, it is soft, comfortable and delicate. The face of the British couple bear is made of imitation straight glass buckle eyes and the mouth is exquisitely embroidered. The image is vivid and safe. The sweater is hand-woven, with a beautiful computer embroidery thread in English, carefully crafted and detachable. The interior of the toy is filled with three-dimensional vacuum PP cotton, which is full of three-dimensional, healthy, environmentally friendly and flexible.