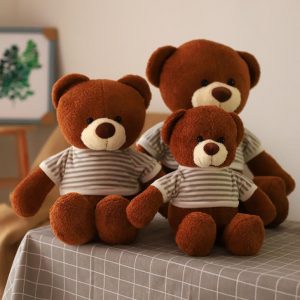 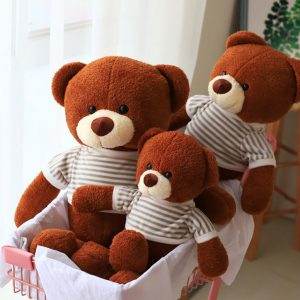 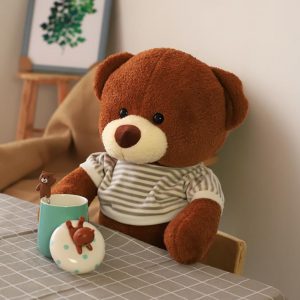 Material: plush fabric
Fill: 3D PP cotton
Size: 50cm, 65cm, 80cm
Color: brown
The bear toy is high leather, realistic in shape, fine in workmanship, and cute in appearance. Strict material selection makes every toy safe and secure. Each stitch and thread of the toy is made strictly according to requirements, and it is not easy to open the thread and the thread is tight.